Exciting news to share! WhereScape has been named as a 2019-2020 Cloud Awards finalist in the Best Cloud Automation Solution category.

WhereScape, the leading provider in data infrastructure automation software, today announced that WhereScape has been named a finalist in the international Cloud Computing Awards program, The Cloud Awards.

WhereScape received the recognition within the “Best Cloud Automation Solution” category for its WhereScape® automation for Snowflake offering.

“As more organizations turn to the cloud, IT teams find it imperative to make the journey to the cloud as quick, easy and cost-effective as possible. Automation enables companies to reap all of the benefits of their cloud investments much sooner,” said Rob Mellor, vice president and general manager of EMEA, WhereScape. “We’re honored to have WhereScape automation for Snowflake once again recognized as a ‘Best Cloud Automation Solution’ by the Cloud Awards. Industry recognition like this further validates the everyday value that hundreds of our customers around the globe experience when putting automation to work.”

“We’re recognizing WhereScape in its pursuit of adopting and pioneering lead cloud technologies in order to deliver outstanding client success. With its WhereScape automation for Snowflake offering, WhereScape is a deserving finalist in the Cloud Awards program for a second year in a row,” said Head of Operations for the Cloud Awards James Williams. 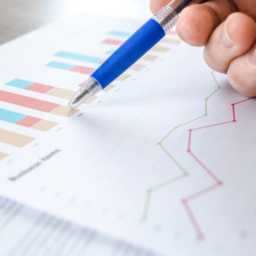 WhereScape today announced the results of a global survey by the Business Application Research Center (BARC), commissioned by WhereScape. The…